Jefferson’s Ocean Aged at Sea Bourbon. A thick, dark bourbon that showcases complex flavors reminiscent of other spirits; the almost black color and caramel flavors resemble a dark rum as the sugars within the barrels caramelized; the briny, savory taste from the barrels breathing the sea air is reminiscent of Islay Scotch; and at its core, it’s a true bourbon. $69.99

Colonel E.H. Taylor The Truth small batch bourbon. Tastes of caramel corn sweetness, mingled with butterscotch and licorice. The aftertaste is a soft mouth-feel that turns into subtle spices of pepper and tobacco. $65.99 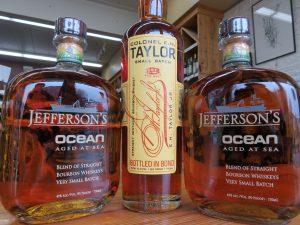 Gooseneck Vineyards Chardonnay (Spain) A gorgeous bouquet of orchard fruits followed by a creamy mouth-feel of butter and green apples, wrapped in an elegant composition with a hint of oak, that the slides into a finish of satisfaction. $12.99

Gooseneck Vineyards Cabernet Sauvignon (Spain) Gooseneck Cabernet is a timeless classic for any occasion. Full bodied and graceful, with soft layering notes of strawberries and ripe blackberries, it finishes with a silky mouth feel. $12.99 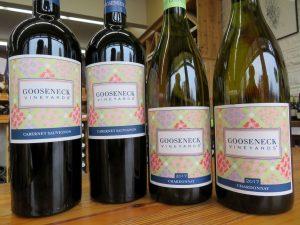 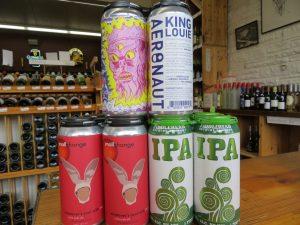 Join Our Email List
Stay in touch to receive our monthly specials and weekly tasting information.