I confess, I often pick wines because I like their label. I picked this one for that very reason. The clean, graphic type on the bottle of Oinoz Crianza, caught my eye. But, when I tasted it, I wanted to know the story of behind this delicious, drinkable red.

A dry, harsh winter, a miserable wet spring, and a summer drought sound like what we endure here in Arlington, but in 2014, at the northern end of the Rioja region of Spain, that weather pattern led to a late budding in the vineyards of Gallamate La Canoca in San Vincente. Those late buds produced grapes of extraordinary quality— so good, that this particular vintage won a Gold Medal at the Consurso Mundial de Bruselas, one of the most prestigious international wine events. 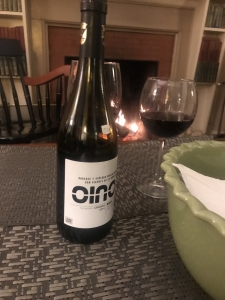 Crafted from Termpranillo grapes, Oinoz Criaza pairs well with pungent cheeses, aged beef, and roast goat. I didn’t have any of those on hand, but my kids were coming over, it was a rare warm spring night, so I decided to throw some burgers on the grill and share a couple of bottles of my newest obsession. 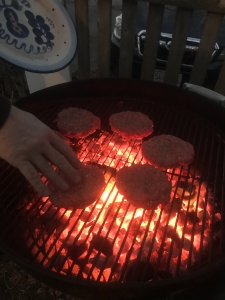 We cracked the first bottle open and poured. The Oinoz Criaza is a beautiful ruby red color with an aroma of cherry, vanilla, and pepper. We sipped and dove into a baked Brie that my son had made. The gooey cheese was a perfect complement to the dry, fruity wine. My daughter, who tends to drink hard seltzer and white wine, commented, “I can tell that this is a good wine, because I actually like it.”  Smart girl. The 2014 Oinoz Criaza is the highest-rated vintage for this wine. 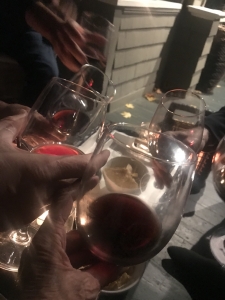 We pulled the burgers off the grill and poured the second bottle of wine. It had been breathing for about an hour and the flavor really opened up and mellowed. The night was getting chilly, so we moved inside (four out of six of us have been vaccinated) and ate around the fireplace in the living room. The menu was burgers, tater tots, and salad. It was a double celebration of my daughter-in-law’s birthday (we also had a killer Key Lime pie from Petsi’s Pies in Somerville) and a send-off for my son who was being deployed with the National Guard to Washington DC. Oinoz Criaza proved to be a wine that is fitting for multiple occasions, but I plan to drink it often and for no particular reason at all. Here’s to getting together again. 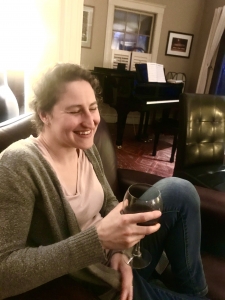 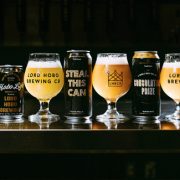 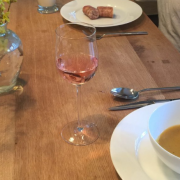 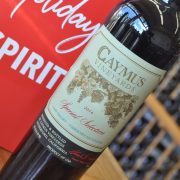 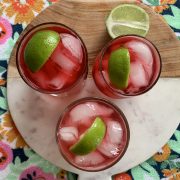 April’s Cocktail of The Month 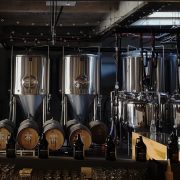 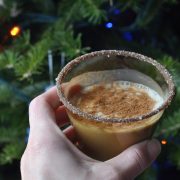 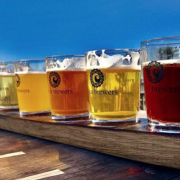 Brewery of the month: Cisco Brewers 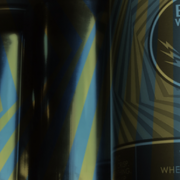 Auctioning Off 20 Year Pappy Van Winkle for a Good Cause!